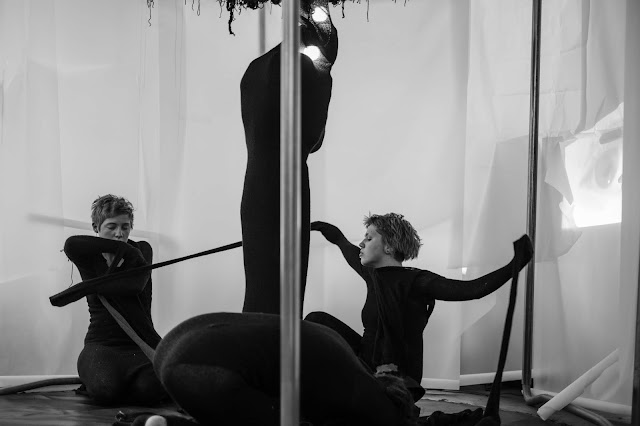 After a two weeks artistic residency at KOPLAND Antwerpen, fellow artists, photographer Daphne Okon and costume designer Mathilde Timmerman as well as yours truly, set out to illustrate one of the short stories by Franz Kafka titled 'Nachts' (At Night). Based on that brief narration, the collective intention was to use the respective skill sets and expertises to create paintings, photographies, costumes and a performance set-up. Additionally, the situation was enriched by an installation by Emma Van den Broeck.

Nathan Cha was seen as a live performer, unravelling the core/the transcending energy of the in-between worlds. His visual art was also present in the space, in the form of paintings (check out the Painting category for a peek of these).

More information can be found on KOP's Official Website . Also check out the interview with the artists which is available in English and Dutch. 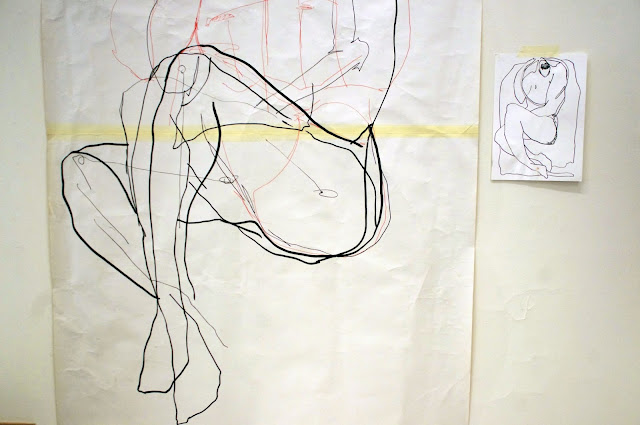 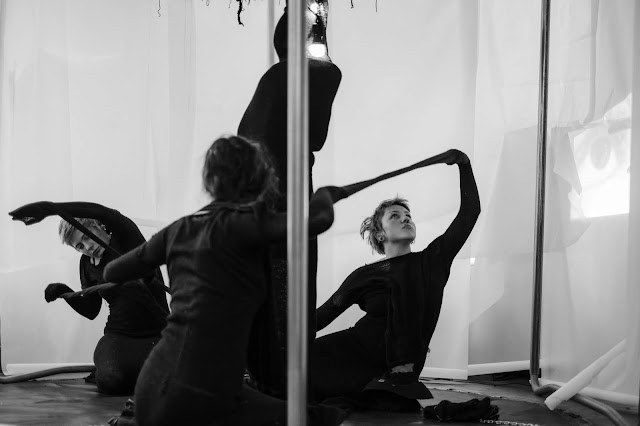 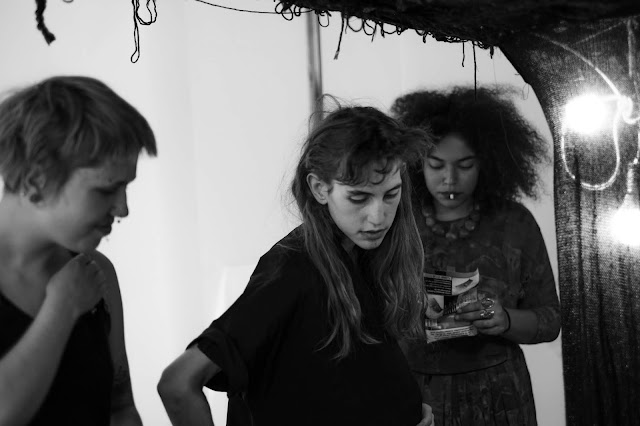 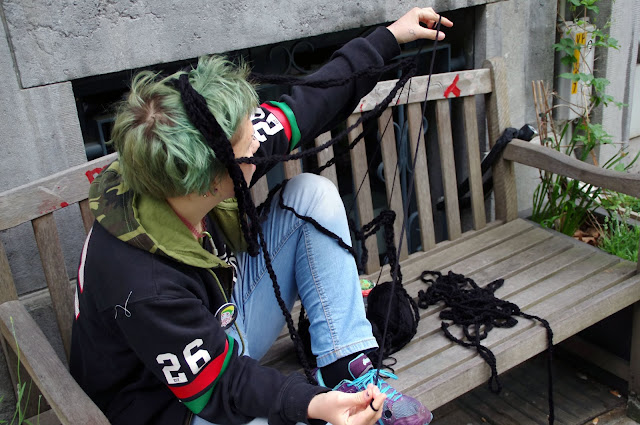 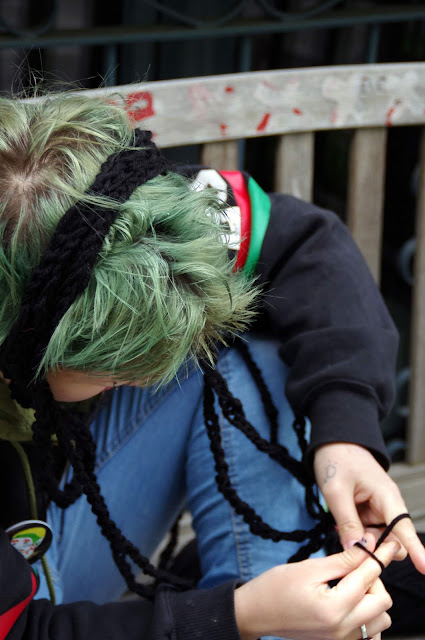 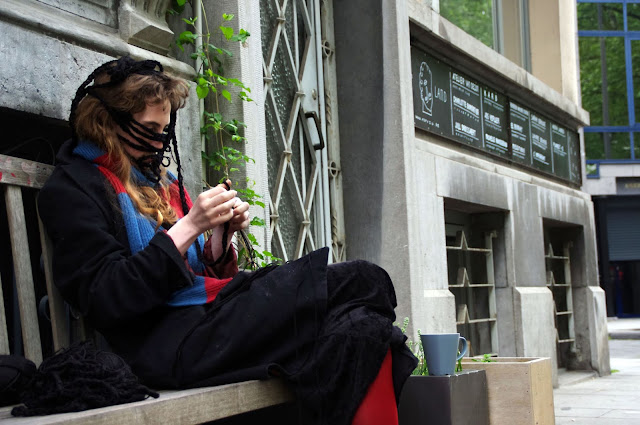 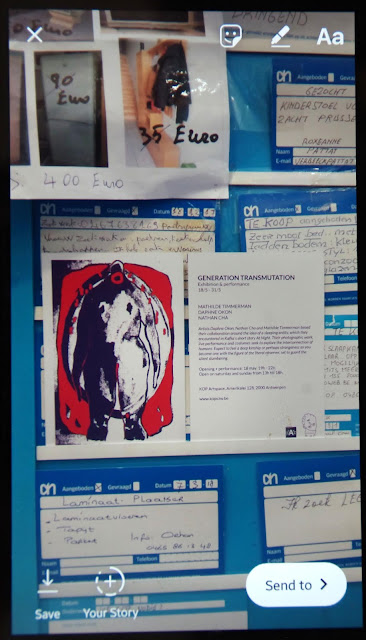 
ind'stod from nathan cha on Vimeo.

An experimental performance video created in February 2018 in Antwerp, Belgium. A playful exploration of public space / the body as (textile) sculpture / an intersection of music video & performance.A take on blurring the lines between amateur filming / fine art context and especially a field study on audio use and how contemporary/mainstream audio persuades us not to consider something as art.
Filmed in Antwerp, 2018

DRIEVOORVIJF from nathan cha on Vimeo.

An experimental performance video documenting the visual and auditive observations made at a busy market place in Antwerp, Belgium.Seeking to break the flow of what we assign spaces to be for/reappropriating public space for expression and freedom of creation. An experiment on audience interactions X a mood visualisation.

A video performance addressing the violence people living at the intersections of transgender experience/femme expression/assigned female at birth/neurodivergence face.
A choreography as reply for an experienced hatred perpetuated by cis women towards trans, femme presenting individuals.
An exploration of bullying.
The autonomy of a body like this within society.
A struggle survived and brought to light. The persistence which is needed for that fight.
And a few words pointing out the privileged position of the artist (cis-passing, white, European, able-bodied) and reminding the audience to recognise the struggle of those who are more ostracised and discriminated.


Performance and art works by Nathan Cha, 2018
with the kind participation and filming by Marta Waloszková

The Milk Kingdom accepts no innocence; no naiveté.
An imaginary world/thought construct which serves as a metaphor for the reality of queer people in today's (western) society.
Only by sharing empathy and warmth for each other, survival becomes possible.
This video illustrates the becoming of a monster - something seen as less than straight/cisgender experiences.
The creature exists in this fictional Kingdom and transforms at their own terms; discovers their language of movements, their connection to themself.

A video performance featuring paintings of the Milk Kingom's visuals -- by Nathan Cha, 2018


Apocrypha from Antonis Sideras on Vimeo.


Apocrypha: A series of site-specific live performances from 'One That Holds Everything' - a group exhibition at the Crypt Gallery, London.

The word ‘crypt’ derives from the Greek word crypto, meaning hidden or obscure. Apocrypha, which stems from the same Greek root, challenges the theme of the exhibition, 'One That Holds Everything', by asking, ‘can one really hold everything’? Apocrypha suggests that there are always things which deviate from the norm that are kept marginalised and obscure. The performance shines a spotlight on the unrepresented, the hidden, the queer, making them visible to the eyes of the public.


UNASKED from nathan cha on Vimeo.

A take on the quest of conducting artist interviews. The subject to be interrogated answers to unspoken questions which appear in the form of background noise. This poses a statement on the actions and labour of countless creatives who work on their own terms - unseen by the media. Do our words only matter once we've been asked to give a statement?

Subjects like visibility in public space, deviation from the norm & accessibility in the art world are addressed in this experimental video. 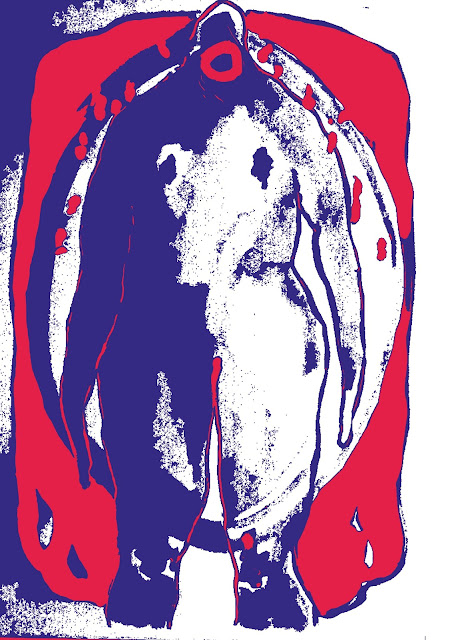